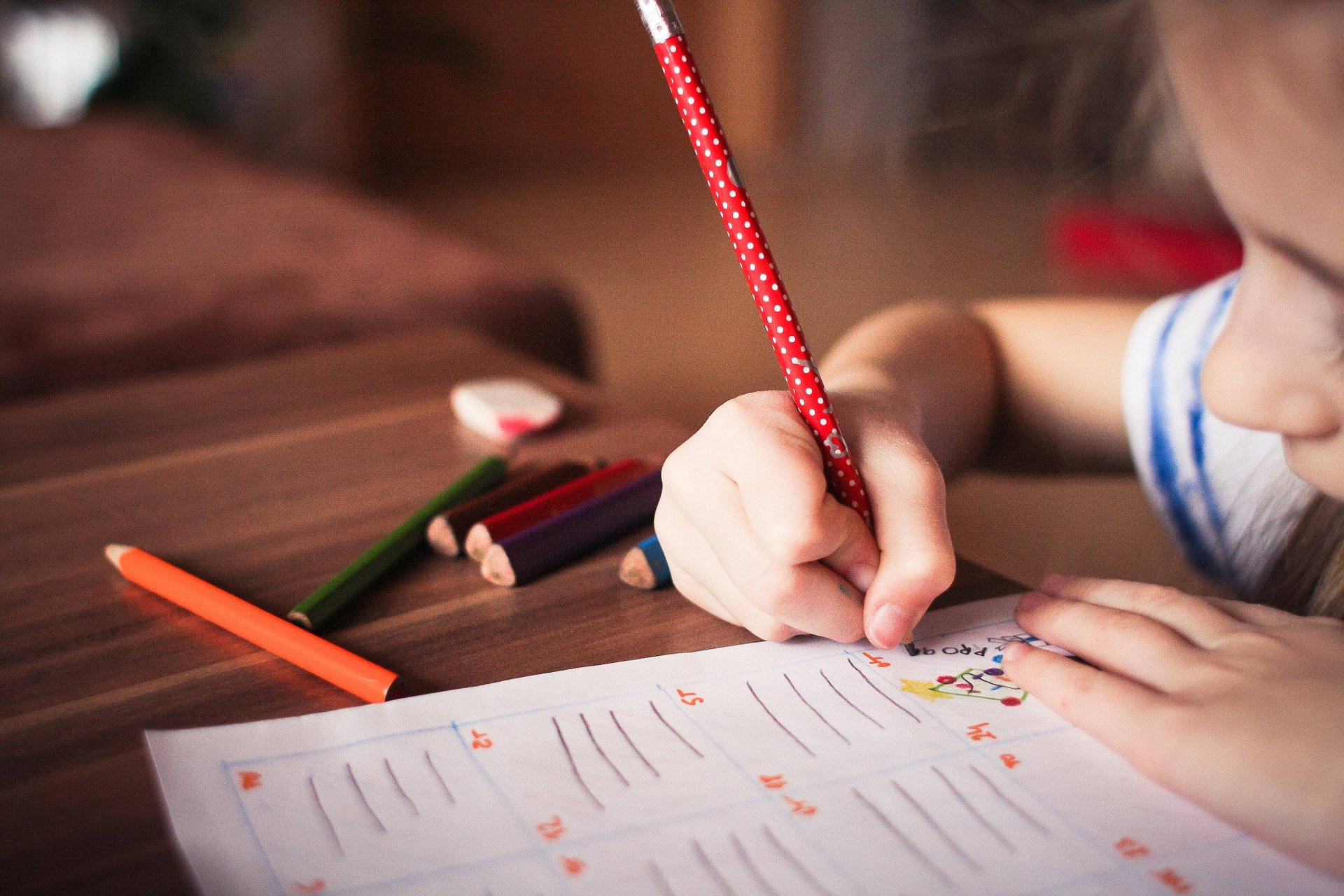 (And why I dumped Simon Sinek)

It was November 2019 when I saw tickets for Simon Sinek’s Mindset Tour advertised.

I didn’t even hesitate to check the date, I logged on and bought a ticket immediately. I’d seen Simon in London earlier that year and was so excited about the opportunity to be inspired by him again.

And then, 2020 happened and Simon Sinek didn’t happen. Instead, the event was postponed until April 2021 (which we now know was also not a good time, but anyway…)

Sometime during 2020, I began to notice a shift in my thinking.

The thought of traipsing into London to see Simon seemed to be becoming less and less appealing. And so, by the end of 2020, I’d decided to sell my ticket.

Why Did I Dump Simon?

It was nothing that Simon had or hadn’t done that caused my shift in thinking.

But as 2020 rolled on, I found myself becoming less and less interested in the self-improvement project that had been driving my life. More and more, I found that I was craving for creativity and imagination. And personal/professional development events like this just didn’t feel that important anymore.

First of all I thought this was probably an effect of Covid and lockdowns. Like many people who weren’t in the thick of it, I was becoming more detatched from the realities of the world that felt uncontrollable.

Perhaps I was just looking for an escape?

But gradually, I began to realise there was a bigger shift happening and this is how it was manifesting for me. 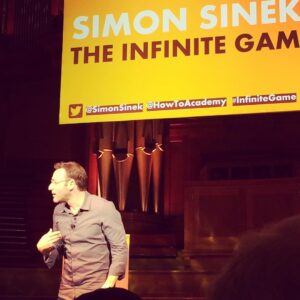 Reading was my first love and since qualifying as a coach, I have been absorbed in an array of non-fiction personal development and social commentary books.

There was always a purpose behind my reading that was incremental self-improvement or deeper understanding of the world around me (that would ultimately contribute to greater awareness and self-improvement).

My love for reading extended to my reviewing a number of these titles on the YouTube channel that I ran throughout 2019, which included Simon Sinek’s The Infinite Game. My book reviews and inspirations can can be found through this playlist.

When I began exploring the purpose of self-doubt in 2018, there were two things I expected to discover.

The first would be how our defences operate and how we protect ourselves, which I wrote about last week.

The second would be the drive that self-doubt brings.

Many people still consider self-doubt to be a weakness and that someone suffering with self-doubt will be timidly hiding at the back of the room frightened to take part in life.

I always knew this wasn’t the case because I recognised how self-doubt had been such an important driver for me.

And as I pursued this exploration, I began to realise that those who were suffering with self-doubt were not the one’s hiding away, but the ones who were out there doing stuff with life, stretching themselves, improving themselves. They would more likely be the ones up on the stage than hiding in the wings.

I came to recognise self-doubt as an indicator that we are at the very edge of our comfort-zone. (And this is another reason that I am so passionate about this work).

But why and how is self-doubt driving us?

This is because self-doubt brings into focus those parts of us that WE CONSIDER are not good enough.

And so we compensate for those parts by pushing ourselves.

We have to work that much harder than everyone around us to be on a level.

We have to achieve just that bit more in an attempt to feel special.

We have to prove to ourselves and the world around us that we are good enough.

And when we’ve achieved in one area, we can go on to tackle the next area.

But it all comes from that same place. I am not enough.

This is the exhausting and never-ending self-improvement project.

Ever since I began this project, I have committed to bringing self-doubt to the forefront of my experience. I committed to welcoming it and never turning away from it.

As I have learned to navigate the landscape that self-doubt presents, I realised this is a tricky path. One that often feels like wading through treacle with no way out.

This has been incredibly frustrating at times. I had things to do. I had a book that I wanted to write but I felt completely stuck with that, no matter how hard I tried I couldn’t make progress. I wanted to create an attractive commercial offering from this work but the place I was never going to be something that people would want to invest in!

Many times I have questioned the validity of this work. No matter how rich and meaningful it is, the experience of being stuck, overwhelmed and paralysed is not something that will ever be attractive to anyone.

If I could have just had some of that old self-doubt drive to prove myself back, then I knew I could finish the book. I could just push on through, force it into submission.

But that old familiar, exhausting energy was not what I wanted to bring to this work. And besides, I had nothing to prove to anyone here.

In some ways I was quite sad to let that go.

My work with self-doubt could help people, I thought.

Ironically, this didn’t do it for me. It’s not that I don’t care about helping people. It’s just that most of the harm I have seen happen in the world is from people who were trying to help and do good (by their standards of what is doing good).

This was not the energy I wanted to bring into my work either.

But this wasn’t lighting me up either, instead the idea felt full of expectation and wore me out a bit.

And, anyway, forcing and impacting felt like violent words and that wasn’t the kind of energy I wanted either!

So, I had to let all of those ideas go.

The Drive for Creativity

But as I continued to face these parts of myself that I had previously considered unacceptable, I did so with courage and compassion (and a lot of support).

The guiding principle being that there is nothing to fix or change. We do not judge these aspects of our experience as ‘wrong’ or not enough, or defective in anyway.

For me, it was the little girl who wanted to play piano and the violin, who wanted to dance and do gymnastics, and paint, and make things out of boxes that my Mum and Dad brought back from the shopping…

She was the one who got discarded.

As I gradually continued to recognise her and include her back to my life, my drive for creativity started to overtake my drive for self-improvement.

And it was this that started to make me feel alive again.

Instead of feeling that constant trying to get somewhere, trying to be something, never being able to let myself rest for fear of stopping altogether.

Instead of that, I found this thirst for creativity and imagination. I sold my ticket for Simon SInek and I picked up the fiction books and I booked theatre tickets. Stuff that I could just ENJOY without any particular purpose…

Instead of the restriction of always having to be on the do, learning something new, this drive felt freeing.

Instead of the constant overload of information and trying to capture all the important nuggets all the time, it felt refreshing to allow myself to create something new.

Instead of feeling like I needed to be something for other people, it felt personal. This was about me and it really didn’t matter what other people might think or make of what I was doing.

My poetry seemingly came out of nowhere. Whilst I’ve always been an avid reader, I’ve never really been into poetry. So it was a complete surprise when I began to write.

And then the drive was to find a powerful way to share the poetry and this is where my YouTube channel Resolution Poems came from.

I now know that crucial thing for me around this work is the energy that goes into it.

It’s a relief to leave behind the old drive for self-improvement, which feels like the drive to reach some never-ending, shape-shifting target.

This has been replaced by the drive for creativity, which feels like a drive to BE somewhere, the place I already am (and always have been).

From this place, I’m free to ponder powerful questions such as;

What do I want to do?

And with these I open up choices for the next stage.

Would you like to transform your experience with self-doubt?

Find out about my one-to-one coaching offering about finding the purpose of self-doubt in your life: Work With Me

I offer a free-of-charge, no obligation consultation session where we will focus upon welcoming self-doubt and recognising it as a positive indictor in your life.

Tags: self doubt and creativity, The Purpose of Self-Doubt

How to Make Peace with Self-Doubt